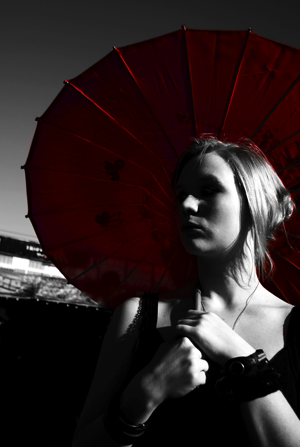 Popular culture relates post-traumatic stress disorder (PTSD) to male war vets, but the truth is PTSD affects about twice as many women than men, women develop more symptoms, and PTSD lasts longer in women than men.

A 2017 study showed that men are more likely to experience general traumatic life events than women in the form of accidents, natural disasters, man-made disasters, or military combat.

Researchers found this applied across various cultures and that the effects were amplified in more traditional cultures where women have fewer rights and less safety.

What is especially interesting is that evidence shows this may not be linked to gender so much as gender roles. Female police officers, for example, showed less PTSD than civilian women despite being exposed to more “male” types of traumas. This can be linked to how much control a person feels they have; feeling less in control equates to higher risk of PTSD.

The amygdala is an almond-shaped collection of neurons that plays a central role in fear responses and PTSD. Although men and women seem to have similar responses in the amygdala when exposed to a negative stimulus, a woman’s negative response lasts longer, which may be another reason women are more susceptible to developing PTSD. The amygdala and other areas of the brain involved in the fear response are also more activated by anger and threats from others in women than in men.

Why are women more prone to being stressed, anxious, fearful, and at risk for PTSD? Fear and anxiety are typically more tolerated and even encouraged in females, suggest researchers. Women are more likely to inherit anxiety risk factors, too, however studies show gender roles play a role in this area as well.

Also, females are simply at more risk in terms of sexual violence. Plus, women are more likely to blame themselves than male victims, and more likely to see the world as dangerous.

Interestingly, researchers suggest an evolutionary advantage of female stress and PTSD — to protect themselves and their offspring. The commonly touted “fight-or-flight” stress response is actually more pertinent to men. Women are more apt to “tend-and-befriend” to protect themselves and their offspring through nurturing behavior and developing social networks.

It’s important to understand how PTSD affects men and women differently and why. Many people believe PTSD only affects war veterans and that women are “hysterical” or “crazy,” when, in fact, they may be suffering from PTSD from traumas that may have begun early in life and been repeatedly reinforced.

In functional neurology we work to help rehabilitate the brain to calm and rewire the stress responses in both men and women. We take into consideration metabolic factors that can exacerbate PTSD or hinder recovery, such as chronic inflammation, gut health, thyroid function, and hormone balance.

A multi-pronged approach can help unwind and re-pattern the brain’s long-engrained networks of PTSD. For more information, contact my office.

Previous: Want to trash your lungs? Use basic cleaning products

Next: Dyslexia is more an auditory disorder than a visual disorder