Daylight saving got you down? You’re not alone 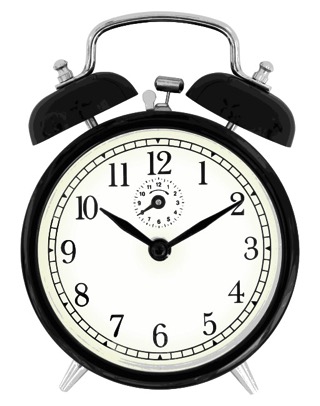 If you’re still feeling knackered from the time change with daylight saving  you’re not alone. Changing the time throws a kink in the fragile and sensitive human biological clock, leaving many people feeling continuously jet lagged for a few weeks.

An hour of lost sleep might not sound like a big deal, but if you or your friends and coworkers are any indication, it makes for some groggy and grumpy days, bouts of insomnia, and feeling generally off.

It’s not just a hunch — scientific studies have demonstrated various ways in which the bi-annual time change messes with our health.

The body has genes that flip on and off to keep us in a steady rhythm of sleeping and waking. When we throw those genes off beat by artificially changing the time, the effect extends into the rest of the body, including muscles, the skeleton, the pancreas, etc. The disruption is felt body-wide.

This disruption dulls the brain and throws the body’s systems off, resulting in serious and even fatal consequences for some people.

For instance, past studies have shown driving fatalities, workplace injuries, and heart attacks go up after the spring-forward change in time. An Australian study found that even suicides increase after the time change.

Unsurprisingly, work productivity goes down as well, causing losses in the hundreds of millions of dollars.

Night owls, people who naturally are more inclined to stay up late and sleep later in the morning take the longest to recover.

Worst of all, some studies suggest our bodies never really adjust to time changes. We’re designed to sync with natural changes in light throughout the year, not artificially inflicted ones.

How to recover from daylight saving time

Although people complain and we see a spate of news stories every spring bemoaning the change in time, we’re nevertheless stuck with it until politicians add it to their to-do list.

Understanding the effect of the time change on your body can help you better know how to ease the transition into suddenly waking up an hour earlier.

Avoid overdoing it for a while. Because you know your whole body is struggling to adjust to being thrown out of whack, don’t expect too much from yourself. Avoid scheduling high-risk or energy demanding activities the week after the time change. And be extra careful driving.

Schedule in some naps and restful mornings. If you’re like most people, you’ll be sleep-deprived for a week or two. Take a lunch nap in your car at work, let yourself rest on a weekend morning, and be extra disciplined about getting to bed early enough.

Wear orange glasses at night. Wear some orange safety glasses a couple of hours before bed to shield your eyes from artificial blue light from light bulbs, the TV, and computer and phone screens. This facilitates production of sleep hormones and will help ease you into the new schedule.

Get some sunshine during the day. Our bodies were designed to wake and sleep according to the light of the seasons, not an industrialized schedule. Get as much natural light as you can during the day and avoid artificial sources of blue light (computer, TV, smart phones) in the evening.

Previous: Gluten is the first thing to go with Hashimoto’s hypothyroidism diagnosis

Next: Feel worse on the autoimmune paleo (AIP) diet?