Hormones out of whack since your brain injury? 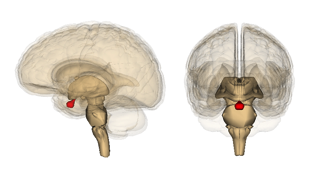 Although brain injury symptoms may subside enough for you to return to daily life, trauma to the brain can continue to subtly wreak havoc on how your body functions and feels for month and even years later. For instance, many people notice their hormone function isn’t the same after a brain injury.

Your hormonal command center — the hypothalamus and pituitary gland — is in the brain. Although a head injury may occur in an isolated area, the vast networks of communication across the entire brain mean that damage to one area affects the entire brain. And because the brain runs the body, it only makes sense daily operations of the body take a hit too.

Estimates on how many people suffer from hormone disorders caused by brain injury vary, however, one study of 1,000 patients with traumatic brain injury (TBI) found almost 30 percent had compromised pituitary function.

The hormonal systems most impacted are the sex hormones, growth hormones (which adults need for bone and muscle strength), and adrenal, or stress, hormones. Symptoms range from mild to severe and can surface immediately or months or even years later.

Why will two people with the same TBI have two wildly different responses hormonally? In functional neurology and functional medicine, we know one reason is the health of the brain prior to injury. For instance, one person eats a healthy diet, avoids inflammatory foods, isn’t already struggling with depression or anxiety, does not have advanced brain inflammation, and exercises regularly. This person may experience a good and swift recovery after a TBI.

However, take the the person who lives on a pizza and mac-and-cheese, unaware that a gluten and dairy sensitivity are causing immune attacks on the brain. They also drink soda every day, sit gaming or working for hours instead of getting any exercise, and work or live in a stressful, toxic environment. This person likely already has hormonal imbalances and a highly inflamed brain. A brain injury is going to be much more devastating as a result.

Also, hormonal status in midlife can play a big role in how the brain responds to injury as the sex hormones are highly protective of the brain. For the woman or man who experiences a steep decline in hormone production in midlife, their brain is much more vulnerable to damage and slower recovery after a TBI.

You may think hormone replacement therapy is the answer, and in some people it may be, but in functional neurology we look at the various dietary and lifestyle conditions that create hormonal imbalances and work to address those.

We customize rehabilitative functional neurology strategies based on the type of damage a patient’s brain received and pre-existing metabolic health.

We also examine and address the function of related systems, such as the vestibular system, or inner ear; the vagus nerve, an information highway that connects the brain to the organs; and the visual system. Working with these systems, which are so integral to brain function, is a vital to rehabilitation.

If your hormones have been out of whack since your concussion, or brain injury, ask my office how we can help.