How to use the placebo effect to your benefit 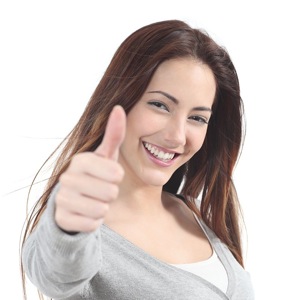 The placebo effectâ€”when a sham treatment produces desired resultsâ€”is the bane of science, sometimes skewing results and outperforming pharmaceutical drugs. But instead of cursing the placebo effect, why not put it to use? Although it disrupts some studies, in other studies researchers look to understand why and how it works. By understanding the  placebo effect  as  a valid phenomenon, you can employ it to improve your own health outcomes.

How the placebo effect works

The placebo effect happens in studies in which one group of participants is given a new drug or procedure, one group is given a sham drug (such as a sugar pill), and the results are compared. Neither group knows whether they received the sham treatment or the real drug. In some cases the placebo effect is nearly as good and sometimes even better than the actual treatment.

Why? A person's beliefs and expectations about a treatment play a significant role in how they respond physiologically. In one study, participants' pain dropped when they were told they received more of a pain-relief drug even though they hadn't. Their pain then rose considerably when they were told the medication had been stopped, even though it hadn't. MRI scans showed the expectation of pain activated the pain networks in the brain. This is an example of the nocebo effect, the placebo effect's evil twin. In the nocebo effect a negative belief causes a negative outcome.

Putting the placebo effect to work for you

You can enhance or diminish your own results of a health protocol with your belief systems. The person who doesn't believe in their treatment, thinks their dietary prescription is bogus, and their supplements are all a waste of money is going to set into motion neurochemical responses that work against his or her success. Also, having a negative and pessimistic attitude promotes  stress  and  inflammation, two considerable barriers to healing.

However, the person who believes in their health protocol, understands the effect of their supplements and diet, and enjoys working with their practitioner is creating a positive neurochemical response. This is because an  optimistic attitude  lowers stress and inflammation and promotes health.

Of course, the  placebo effect  doesn't have a perfect track record; it's estimated to work between 18 to 80 percent of the time as many other factors can influence health. And many drugs, supplements, and treatments are obviously powerful enough to influence outcomes regardless of the placebo effect. However, the mechanisms behind the placebo effect are important to consider.

Tips for activating the placebo effect to enhance your protocol

Previous: Unseen health crisis: Caring for yourself when you're the caregiver

Next: How to become a morning person